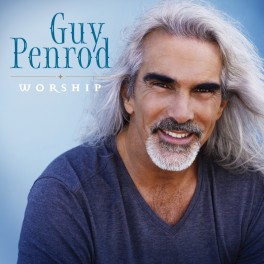 GRAMMY® and GMA Dove Award winning artist, Guy Penrod is making a mark in Christian Music history. For 14 years, Penrod was the heart of the Gaither Vocal Band before launching a solo career five years ago. His debut release, BREATHE DEEP founded Penrod’s solo brand as a distinct country one. Keeping the country flair, Penrod’s follow up CD, HYMNS debuted at #1 on the Nielsen SoundScan Southern Gospel retail chart, became the top-selling southern gospel album of 2012 and was also one of the year’s top-selling recordings in Cracker Barrel Old Country Store nationwide. In May, 2014, Penrod released new album, WORSHIP, sprucing up popular and classic worship songs with a Guy twist.

A new project is a time consuming development. “It is a long process,” Guy explains. “I tell my guys I need new material, yet it can be challenging because I don’t like making records that 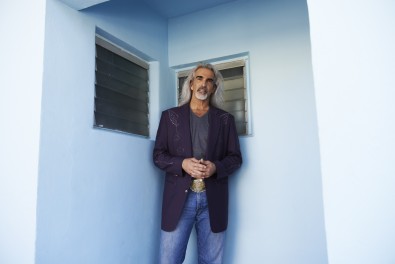 don’t go somewhere. To have a new record- just to have something to put on the table is not enough motivation for me.”
A lot of thought goes into choosing songs, but liking them is a must! “I learned a long time ago to never cut anything I don’t like or don’t agree with,” Guy says. “If you’re making a new record, you have 12-14 songs that are going to outlive, or at least live as long as you do and you’ll have to perform them that long. We take the time to make sure we’ve got the messages we want to say, that are crafted well and will be enjoyable to listen to for a long time.”

Guy had a clear purpose in mind while gathering songs for WORSHIP. “WORSHIP, produced by Lindell Cooley, continues something I did intentionally on HYMNS: these are manly songs that men can actually sing,” Guy explains. “As I’ve led worship and even participated from the pew, I look around and see a lot of the men are just observing. One practical reason they’re not singing is that the songs are too high. The melodic lines are often too complicated. And the songs are brand new and unfamiliar.”

Not only are the tracks are purposely arranged in keys suitable for most male ranges, but Guy handpicked thirteen of the best worship songs of the church and added his unique Guy touch. Guy features classics such as “Victory In Jesus,” and “Shout To The Lord” and today’s popular worship songs like, “Revelation Song,” and “10,000 Reasons.”
The new music is well on its way to the masses as plans are being made for Guy to tour across the country and internationally. Also, the spotlight will shine on the project as part of a special TV offer on many networks in the US and Canada. 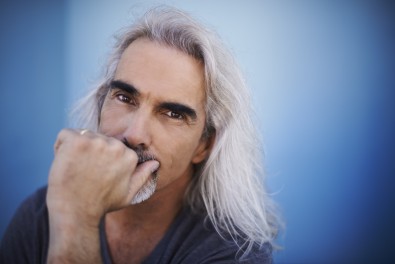 After all this time, what keeps Guy at it? He says several things. “This is just what I do- there is so much joy in it. I love creating. I love music. I love to write, produce- and of course the concerts obviously are the pay off. Once you finish the record and actually look people in the face and see that they are moved or touched by a song, it is very fulfilling.”
Guy admits it isn’t always easy. “I’d be lying if I said this isn’t work,” he says with a smile. “And I will go this far to say, God sort of backs me into a corner because I have the tendency to chase options. If I get too many, I’ll chase all of them, so He backs me into a corner and I either sing or starve.”

“And to pay for the kids college education,” he adds and laughs. The Penrods- Guy and Angie, have 8 children, 7 boys and 1 girl! “We got to looking it up, we’re going to have 2 in college at the same time for the next 14 years! Hopefully we’ll be interviewing about new records for a long time!” On a serious note, Guy says his family is doing well, but the kids are growing up too fast. 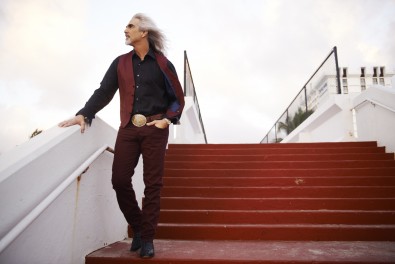 Spend time with Guy Penrod and you’ll know His walk with God is a deep one. Guy says he likes many Bible verses, but one verse that is meaningful is in Mark. “I write Mark 10:35 with everything I sign, because I like to remind myself of the reality that even the Son of Man, Jesus, came not to be ministered to, but to serve and to give himself as the ransom for many.”
Guy also likes the promises in Psalms and in Isaiah 43, 44 and 45: “I find I linger in those passages because they are key- in that we know the devil’s war with us is one of fear and a downcast approach. He’s always trying to remind us of failure, scare us with the future and how inadequate we are. Those passages jump off the page at me because with kids going out into the world, he scares you with stuff like, ‘Look what they’re going to get in to or ‘They’re going to get in trouble.’ I like to first of all bind that mess up, throw it away and don’t accept it and then lean on God’s words, His understanding and His promises. I also like passages that remind us of who we are in Christ, what our glorious inheritance is in Him and that the power that raised Jesus from the dead dwells in us. We can operate in that!”

Penrod plans to continue making his mark in music history in his own unique way. “My method is to reach the broadest audience I can reach with the gifts God has given me, using the skills and preferences I’ve developed.” With many awards and honors on the wall, including a recent induction alongside the Gaither Vocal Band into the Gospel Music Hall of Fame, plus 3 great records, and an Emmy Award-winning television program, “Gospel Music Showcase,” Penrod’s method is working!
Visit: http://www.guypenrod.com/.