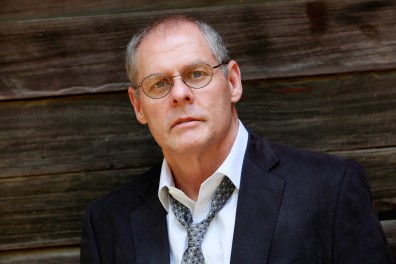 Ripley Mississippi, July 22, 2014- Fans of the huge CBS hit, Big Brother, got an unexpected “Jesus lesson” on Saturday night. During the 24/7 live feed of Big Brother on CBS.com, houseguest Caleb Reynolds, was involved in a conversation with another member of the house when fans heard him talk about a song by Jason Crabb – a “huge gospel singer” as he described, and the Crabb family.

After quoting the lyrics to “Through The Fire,” the 2005 GMA Dove Award Song of the Year, Reynolds explained what the song meant to him personally. “It’s basically saying, it doesn’t matter if your relationship or marriage is perfect, it’s going to get rough. It’s going to go down, it’s going to go up, and that’s what the song represents to me when I hear it,” Reynolds said. “He {God} never promised it was going to be picture-perfect forever, but at the end of the day, He’ll show up in time and take you through it- whatever it is.”

The song, “Through The Fire” was initially released to radio February of 2000. It 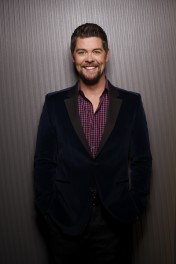 held the #1 spot on the Singing News Chart for 3 consecutive months and was named “Song of the Year.” After receiving the BMI Award in 2001, the song made a come-back on the Crabb Family’s DRIVEN album with special guest, Donnie McClurkin and was named the Traditional Gospel Song of the Year at the 2005 GMA Dove Awards. After being re-recorded on the Crabb Family’s LIVE AT BROOKLYN TABERNACLE, with special guests, The Brooklyn Tabernacle Choir, “Through The Fire” received the 2006 Southern Gospel Song of the Year at the 37th Annual GMA Dove Awards.

After learning of Reynolds comments, the legendary, multi-award winning songwriter, Gerald Crabb stated, “It really blessed me to hear that ‘Through The Fire’ had been mentioned in this way. It never ceases to amaze me how this song just keeps showing up and touching lives. When I hear testimonies of how the song has reached so many people, I am reminded that it was truly a God-given song. I’m glad He allowed me to hold the pen.”

Jason Crabb added, “I am also continually amazed by the way God uses this song my father wrote so many years ago. Over and over it seems to find a new audience, giving life and hope to those who hear it. I am honored to be a part of the legacy of this song.”

Caleb Reynolds’ remarks came at a time of significant career expansion for both Jason and Gerald Crabb. In addition to writing other hit songs, Gerald along with partner, Alisa Asbury launched a new record label, A&G Entertainment in May of this year. Gerald just released a new album, BACK PORCH MISSISSIPPI in July 2014 and has written a book, THROUGH THE FIRE, containing personal testimonies regarding the song. Gerald’s schedule is filled with concert dates as well as preaching engagements.

Grammy award-winning, Jason Crabb just signed with a new record label which will help him expand his music to new audiences. His latest music video, “Love Is Stronger” grabbed attention from both Christian and mainstream press debuting on usatoday.com. He is the author of TRUSTING GOD TO GET YOU THROUGH as well as the author of a new children’s book series. In addition to a full tour schedule, Jason pursues acting in movies and songwriting.

Gerald and Jason Crabb team up a few times each year for special concerts. By audience request, the song “Through The Fire” is usually if not always performed. Jason is scheduled to appear at the Gerald Crabb Gospel Fest onThursday, August 28, 2014 in Dalton, Georgia. For more information about Gerald Crabb, visit http://geraldcrabb.net/. For more information about Jason Crabb, visit http://jasoncrabb.com/.