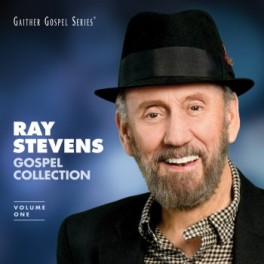 Nashville, Tenn. (September 30, 2014) – Comedy and country music icon Ray Stevens is set to co-host the 2014 Inspirational Country Music AwardsTM, to be held on Thursday, November 13 at 7:00 P.M. at Cornerstone Nashville (726 W Old Hickory Blvd) in Nashville, Tennessee. GRAMMY® Award-winning Stevens and his co-host, Inside Edition’s Megan Alexander, will take the reins of the show which honors and showcases some of the biggest names in Christian, country and inspirational music. Stevens will also perform at the event.

“I am honored to have been asked to co-host this year’s awards show,” says Stevens. “I’ll also be performing a few songs from my new gospel album.”

This year’s awards show will be broadcasted on the NRB Network as well as GEB America with more networks to be announced in the near future (check local schedule listings on each network for broadcast times in your area).

The Inspirational Country Music Awards are held in conjunction with the annual ICM Faith, Family & CountryTM Week which draws fans to Music City every year. For tickets and more information about the festivities visit www.faithfamilycountry.com.

About Ray Stevens
Twelve-time nominated and two-time GRAMMY® Award winner Ray Stevens has spanned the generations with over 50 years of comedic musical talent, including songs such as his multi-million selling hit “The Streak” and his classic pop standard “Everything Is Beautiful.” Throughout his career, Stevens has sold more than 40 million albums and continues daily office operations at his home base, Ray Stevens Music / Clyde Records, located on Nashville’s historic Music Row. Stevens has released a number of video collections and CDs throughout the years, including his most recent in 2014, Gospel Collection, Volume 1, available through Gaither Music. The legend also recently released his career memoir, Ray Stevens Nashville.

For more information on Ray Stevens, visit www.raystevens.com or his official Facebook Page.