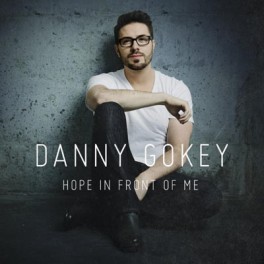 Milwaukee native, Danny Gokey became a favorite of millions of fans as a Top 3 finalist on Season Eight of American Idol.  During his tenure on the show, Gokey impressed the judges with his versatility and a voice that could sing any style of music and turn any song into a compelling moment.  But it wasn’t just his powerful and emotional vocals that caught America’s attention; it was his story of the loss of his wife and his overcoming spirit that gripped their hearts as well.  Gokey now uses those experiences to infuse his music with a soulful sound that resonates with honest emotion and create lyrics that tap into the collective hopes and dreams that define life.

Following Idol, Gokey signed with 19 Recordings/RCA Nashville and released his debut album, My Best Days, which sold a quarter of a million units.  The release debuted at #4 on the Billboard Top 200 album chart and delivered the best first-week sales of any debut coutnry male in 18 years.  He is currently signed to BMG and releasing his sophomore album, “Hope In Front of Me.”

Danny’s other passion in Sophia’s Heart, an organization he founded in 2008 in honor of his late wife. With branches in Milwaukee, Nashville and Sacramento, the organization’s goal is to provide hope and help to homeless families.  It also provides scholarships to deserving students and has a thriving inner city Music & Arts program.  To learn more visit www.sophiasheart.org