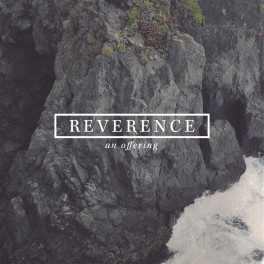 In this inaugural collection are worship anthems that range from the powerful, lush instrumentation of “Shores” by Jesus Culture Music’s Bryan and Katie Torwalt to the pop/rock bounce of “Commodity” by Remedy Drive and the sparse, intimate offering “Obsession” from Martin Smith. The album also previews songs from albums releasing later this year, including “Born Of God” from Jesus Culture Music’s Justin Jarvis and “There Is Grace” from independent artist Lara Landon.

Taking songs embraced by local congregations to the wider church community, REVERENCE further presents worship leaders like jimmy Thorpe and Patrick Mayberry, each serving local churches and offering organic, compelling expressions of praise for this compilation. All the songs on the recording share the admiration, respect and high esteem for God; a deep reverence for the One who is a “consuming fire.”

“This is an amazing collective of worship songs that honor the God of heaven, and from artists that have given voice to a multitude of worshippers in churches around the globe,” says Tony Patoto, Fuel Music founder and president. “One of the goals of this entire project is discovery, with the artists on the project committed to sharing REVERENCE with their collective contacts via social media, significantly bolstering the opportunity for connections to be made between those that appreciate worship music and these artists and songs that may never be discovered otherwise. The sum of all of these efforts is much greater than the efforts of just one!”

The following is a full list of songs and artists being featured on REVERENCE: