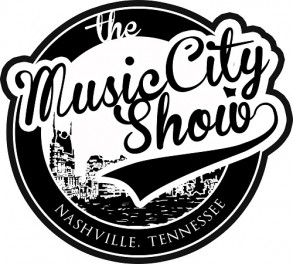 Nashville, TN (September 9, 2014) A larger share of the viewing audience is always great news for a television network and spectacular news for a television program. RFD-TV has announced the merger with AT&T U-Verse for distribution of their programming. This takes RFD-TV to a new level of viewership and skyrockets ‘The Music City Show’ to a host of new homes to see the value and entertainment of Gospel music.

RFD-TV’s Patrick Gottsch stated “This is one of the proudest moments in the history of RFD-TV. Today, I am so pleased to announce to you first that AT&T U-Verse has launched RFD-TV as a basic channel on their 200 package which adds over 5.4 million homes to our distribution, taking RFD-TV past the 46 million barrier. RFD-TV is now on channel 568 on U-Verse. FamilyNet continues to be on channel 566. RFD HD will be launched by U-Verse as soon as space can be cleared, but no later than the end of this year.”

This is a major accomplishment is this day and age with the challenges of mergers, limited bandwidth, and independent channels being dropped by cable systems all around the country. More than anything else, this is a tribute to RFD-TV’s programmers and programming which combined with the passion of our audience for rural, family-oriented programming has proven to be an unbeatable force capable of doing the “impossible”.

Programming like ‘The Music City Show’ are prime examples of how clean family and even Christian music entertainment is more attractive now than ever to mainstream television. Scott Godsey, ‘The Music City Show’ producer commented “We are proud to be a part of the RFD-TV network and are so grateful to them for allowing Gospel music to be a vital part of their programming.”

No other channel gets so much support from its audience. To have over 57,000 of the 75,000 public comments to the FCC in the Comcast/Time Warner merger, and to date over 95% of the AT&T/DIRECTV public comments to the FCC about the importance of rural programming is making the strongest possible statement at this most critical time. The national press that RFD-TV has been receiving because of these public comments is having such a positive effect on our unique, grassroots situation.

Patrick Gottsch continued “I also want to thank the executives at AT&T and U-Verse. Unlike Comcast, since the review hearings at both the House & Senate, AT&T has sincerely worked hard to first understand the concerns of rural America, and take those concerns seriously. AT&T did so in a most expeditious manner. To go from our first meetings just a few months ago to an actual launch today is a real testament to AT&T’s commitment of being a partner with RFD-TV to better serve the needs and interests of rural America.”

This is a huge step forward, but only a step. We still have a lot of work to do. However, I firmly believe that this announcement with AT&T U-Verse will help our efforts to get RFD-TV’s distribution expanded and secured with the other carriers throughout this great nation.

RFD-TV will continue to keep all updated as news develops on the mergers. But, in the meantime, please be sure to tell your friends and neighbors that RFD-TV is now on AT&T U-Verse channel 568.