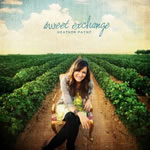 Heather Payne’s newly released album, Sweet Exchange, is a welcomed blend of old and new, traditional and contemporary, yesterday and today; and no matter what your musical preferences are, you’re going to love this noteworthy work.

Sweet Exchange features such beloved and timeless standards as “Rock of Ages,” “Holy, Holy, Holy.” and “O For a Thousand Tongues To Sing,” but trust me, these are not your grandmother’s hymns. While retaining the familiarity and integrity of their message, Payne has updated each of these classics with modern arrangements and, in some instances, written new choruses. The result? A CD that all generations will enjoy.

“My husband and I have four kids, and I wanted them to know the great hymns,” Heather said in a recent telephone interview. “There’s nothing more precious than to hear your two-year-old singing the songs we all grew up with, even if it’s ‘Ho-wy, Ho-wy, Ho-wy.’”

This is Heather Payne’s first solo album since retiring from the multi-award winning gospel group, Point of Grace, to spend more time with her family. The wife of a minister and seminary professor of theology, Heather now live in the suburbs of Louisville and enjoys her new life away from the spotlight.

But even in her retirement, Heather couldn’t shake off her strong desire to help bring the old hymns back into mainstream worship. With the encouragement of her husband, Brian, Heather began her mission to “create a fresh take on timeless hymns of the church.”

The inspiration for the title song came from one of Brian Payne’s sermons on “imputed righteousness,” during which he quoted a first century Greek writer’s Letter to Diognetus:

“O sweet exchange! O unsearchable operation! O benefits surpassing all expectation! That the wickedness of many should be hid in a single righteous One, and that the righteousness of One should justify many transgressors!”

If you think you’re hearing a familiar voice or two on the CD, you are. Terry Jones, also of Point of Grace, sings back up on one of the songs. Another familiar voice you’re going to hear is that of the legendary Billy Graham on the cut, “Come Ye Sinners.” Several clips of Dr. Graham’s sermons are included on this old classic.

Heather had two purposes for returning to the recording studio. “I want people to see Jesus when they listen to this album. It’s me singing it, but I want them to see Him. And I wanted to help this generation learn to love and appreciate the old hymns.”

So, does this mean the contest between contemporary worship and traditional hymns has finally come to an end? Thanks to this new CD by Heather Payne, I believe it has.