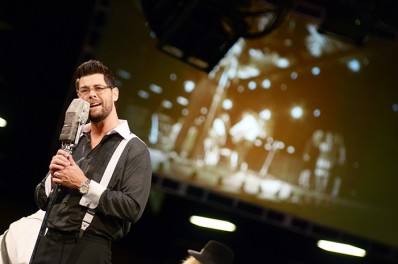 Jason Crabb is known for his soaring vocals and high-energy performances, but the sold-out NQC 2014 crowd witnessed a different side of Mr. Crabb last Friday night as the Grammy award winner took the audience back in time. As the lights dimmed, and the audience waited, a great expectancy filled the air. Through hints on social media, everyone knew Crabb had something “up his sleeve” and special for the evening’s appearance – something he had been planning for months. As the entire company – Crabb, his band plus some very special guest instrumentalists and singers – began their walk to the stage, Crabb felt a nervous excitement, wondering if they could “pull it all off.”

As a video of a vintage record player began playing, the stage lights arose revealing the stage filled with Crabb, band and singers dressed in vintage 40′s attire. The sounds of an accordion filled the air and the audience knew they were in store for something unique. Crabb – clad in an all black & white ensemble topped off with black & white wingtip shoes – stepped up to a vintage 1940′s microphone and delivered an incredibly smooth version of the classic “When We All Get To Heaven.” The entire group – band dressed in derby hats and backup vocalists in vintage dresses – brought to life a church service straight out of the 1940′s! The sold-out audience witnessed a different style for Crabb as he performed traditional gospel classics; background singers expertly complimenting the smooth vocals with exquisite three-part harmonies akin to the Andrews Sisters.

The crowd was transported back in time throughout the entire performance as one song after another was familiar tunes that provided moments of crowd involvement – you could hear them singing along and see the smiles on their faces. Ashleigh Crabb, the oldest daughter of Jason & Shellye Crabb, made her way to the stage to sing with her daddy. From the opening strains of “This Little Light of Mine,” it was evident to all that she has indeed inherited vocal talents from her famous father. The crowd erupted in applause as the father-daughter team finished their duet, and she exited the stage. You could see the pride beaming from the happy father’s face!

What happened during this set can only be described as a special visit from the Holy Spirit. Performances during the National Quartet Convention are typically geared to please the crowd with the performers “hits” and introduce new material. This was different, and everyone experienced it.

As Crabb launched into a pensive version of “America, The Beautiful,” there was a change in the atmosphere. With an incredibly clean and uncomplicated – yet stylish – arrangement of the tune, Crabb displayed a spirit of patriotism to those in attendance, even saluting veteran’s during the song. With recent events occurring in America, this set off a time of prayer and contemplation – seeking God for mercy, grace and His touch on this great country.

Crabb felt the leading of the Holy Spirit to do something different. Jumping “out of the box” and into unfamiliar territory can be scary and the entire Crabb team was certainly nervous about this creative experience but knew in their hearts this was the right thing – and it was. Scaling it all down, bringing a contemplative set to a stage known for extravagant performances was definitely a risk but Jason has always followed his heart. This man, led by God, took the 12,000 SOLD-OUT crowd into the presence of the Father, bringing them to prayer for America.

Out of the box, out of the ordinary – but right where God wanted Jason Crabb to be. Following Him has always been the path of Jason Crabb and God proved once again, that He knows exactly where to guide. 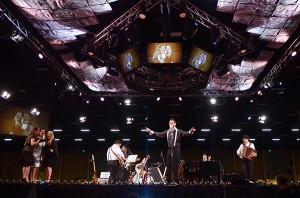 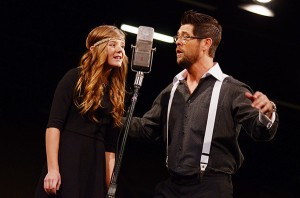 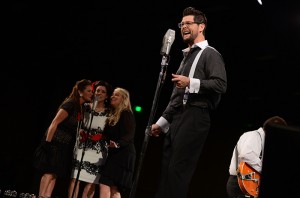 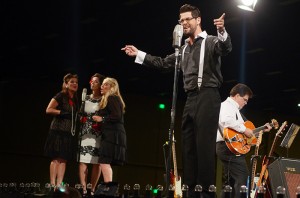 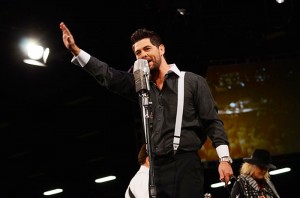