Dallas, TX (Feb 2, 2015) – Grammy winner Jason Crabb and emerging Christian music vocalist Natasha Owens are set to headline “An Evening of Music, Conversation and Hope” to benefit the St. Timothy Christian Academy on Friday, March 20, 2015 in Dallas, TX. The evening will be hosted by KLTY radio personality John Hudson. Cass Dillon, a rising young pop star, will also perform alongside the two as well as others. The event will take place at Great Hall of Park Cities Baptist Church on 3933 Northwest Parkway in Dallas, TX.

Along with the music, the evening will feature a red carpet VIP lounge, pre-show meet and greet 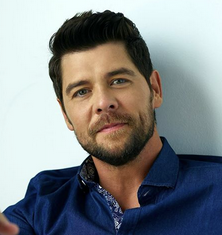 with the artists and other celebrities, media and taste makers plus appetizers and a special silent/live auction with thousands of dollars of merchandise to bid on. Proceeds will be used to fund the educational programs of St. Timothy Christian Academy.

St. Timothy Christian Academy (STCA) is a non-profit Christian school, grades K-12, for students with learning differences. The mission of STCA is to educate students needing an innovative approach for academic success in a redemptive Christian setting while providing hope and support for their families. Skilled in innovative teaching methods and approaches, the staff strives to stimulate the learning style of each student through the adaptation of individualized curriculum, specialized assessments, pacing and grading that is tailored to each child. They celebrate their differences! http://www.staplano.org/

“I am so excited that St. Timothy Christian Academy approached me to be a part of this awesome event,” the Texas native Owens told BREATHEcast in a recent interview. “The money will allow kids, who have a learning disability, to be able to attend this school for the help that they so desperately need but cannot afford.”

Purchase tickets (General Admission $40 each, Meet and Greet VIP $100 each) at http://www.stcabenefitconcert.eventbrite.com To learn more about the event or to become a contributor or sponsor, please contact Vicky Warren, Director of Operations/Development at St. Timothy Christian Academy at 972-509-7822 or vwarren@staplano.org.

ABOUT NATASHA OWENS: Recently, Natasha Owens teamed with iconic producer Ed Cash (Chris Tomlin, Steven Curtis Chapman, Casting Crowns, Jason Crabb) and Cody Norris in Nashville, TN to collaborate. The project, a follow up to her debut release I Made It Through, is set to be released in the first half of 2015. Past accolades for Natasha can be found in CCM Magazine, “The Cure” (her debut single which was penned and produced by Jacob Lowrey (Michael W. Smith) was warmly received on radio while the video for the song was featured on UPTV multiple times due to viewer requests. She performed on the morning show for the FOX affiliate in Dallas, was interviewed by the Fort Worth Star Telegram, and toured with Jason Crabb and Michael W. Smith – even opening for the popular singer in Puerto Rico. Natasha is signed with New York artist manager/consultant Stefano DiBenedetto of The Hang Productions ( Billy Joel – Linkin Park – Joan Jett – Lou Reed – Skylar Grey – Cass Dillon )

ABOUT JASON CRABB: Grammy Award winner Jason Crabb is one of the most highly respected, versatile and talented artists to ever grace a stage. His soulful, heartfelt vocals have made him a critics’ pick and a fan favorite on stages ranging from “The Grand Ole Opry” and the Brooklyn Tabernacle to arena platforms. Crabb is the reigning GMA Dove Awards’ Male Vocalist of the Year and currently holds twenty-one Dove Awards including Artist of the Year in addition to his Grammy. With a string of number one hits and chart-topping singles, a tour schedule of over 150 dates annually, and ongoing high-profile TV appearances, this vocal powerhouse’s talent is topped only by his genuine personality and concern for others. Love Is Stronger, his latest release, arrived onto the musical landscape with critical acclaim. Produced by musical heavyweights – Ed Cash (Chris Tomlin,) Jay DeMarcus (Rascal Flatts) and Wayne Haun (Celine Dion) – the 11-track project features Jason at his very best and garnered attention from Entertainment Tonight, The Associated Press, FOX News, AOL Music, The Boot, CCM Magazine, New Release Tuesday and more. The video for the hit single – directed by award winner Roman White (Taylor Swift, Carrie Underwood, Justin Bieber) – premiered at USAToday.com and is now featured on national music channels.

ABOUT CASS DILLON: Cass Dillon, the emerging musician/actor who was recently chosen by Billboard Magazine as one of their favorite unsigned songwriters and featured as a Rising Star in Newsday, is currently working on an album that he wrote, recorded and produced entitled Oregon Road (set for release in the Spring) and promoting the two new films he is in – “Ten Thousand Saints”(featuring Emile Hirsch, Hallie Steinfeld, Asa Butterfield, Ethan Hawke) and the widely publicized and applauded “Song One” (featuring Anne Hathaway and others) as well as Folk City, an Off Broadway Play in which he has the Lead role, in NYC. Cass is originally from Long Island, New York, where he met and worked with legendary musical icon, Billy Joel on the song “Christmas in Fallujah”. Cass has also been seen opening for other notable artists Gavin DeGraw and One Republic and has performed on several network TV shows, including Katie Couric on CBS, FOX and Friends Morning Show on FOX, The Early Show News on CBS, and The Second Cup Cafe on FOX. Cass has also performed accompanying other artists like Alexa Ray Joel on The Howard Stern Show and with several other artists on The View, Good Morning America, and TED. music can also be heard in the new romantic comedy “My Man is a Loser” starring John Stamos and Michael Rapaport, directed by Mike Young among others.