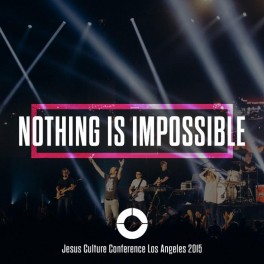 “Every year we are in Southern California God does something significant in our midst,” said Liebscher, director of Jesus Culture. “Last year was one of the most impactful gatherings I have ever been a part of, and it seems to build every year. There is something about LA and Jesus Culture. God does incredible stuff when we are down there. We are excited to be hosting our Conference there for the fourth year in a row.”

The Jesus Culture Conference is a 3-day event consisting of worship, preaching and interactive teaching sessions and lunch and dinner breaks. At Jesus Culture Conference, the mandate is simple: to raise, equip, and mobilize those who are coming to fulfill the call of God on their lives and see campuses, cities and nations transformed.

Registration for Jesus Culture Conference is open at http://www.jesusculture.com/la.

ABOUT JESUS CULTURE:
In the summer of 1999, the youth group led by Banning Liebscher at Bethel Church in Redding, California launched the first Jesus Culture conference. The heart of those gatherings was to serve other churches and lead young people to experience the radical love of God. A few years after hosting conferences in Redding, the Lord spoke to the group about helping develop a new breed of revivalists. Soon after, they mobilized taking Jesus Culture conferences to different regions of the U.S. and around the world. The Jesus Culture band was formed organically through the momentum of a movement whose focus is to equip a generation to be influencers of society. It’s hard to separate the band from the movement, as they really are joined together with one focus: to bring people into an encounter with God’s love through worship and to disciple them to transform society. The Jesus Culture band is fronted by Kim Walker-Smith and Chris Quilala with Ian McIntosh playing keys, Jeffrey Kunde as the lead guitarist, Brandon Aaronson as the bassist, and Josh Fisher as the drummer. Over the past 5 years, the Jesus Culture band has released five CD/DVDs with the latest one being Jesus Culture Awakening; Live from Chicago, in November of 2011. Each album captures the heart of this generation burning for God and seeking an encounter with His presence.