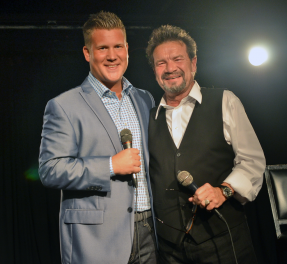 On July 1, 2014, family, friends and fans packed out ROCKETOWN in Downtown Nashville to celebrate with Joseph Habedank the release of his upcoming CD, WELCOME HOME. The concert was intimate, however it was still a sell-out with standing room only.

Award winning songwriter, Dave Clark offered a prayer of blessing for Joseph and his wife, Lindsay and then Joseph kicked off the night singing “Welcome Home.”
The evening would have been special if it had just been Joseph singing, but this CD release party was unique in that Joseph invited his co-writers to share the stories behind the songs. An 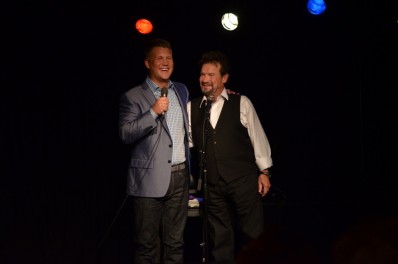 All-Star, line up of songwriters, Kenna Turner West, Sue C. Smith, Benji Cowart, Tony Wood, and Lee Black shared the stage throughout the night giving the crowd the inside stories of how the songs evolved and progressed from the writing room to the record. The crowd responded with laugher, tears and applause.

A special appearance by guest vocalist, Russ Taff was definitely a highlight! Joseph shared with the crowd a heart-warming story of how the two became friends and then performed a rockin’ “Empty” from the album. 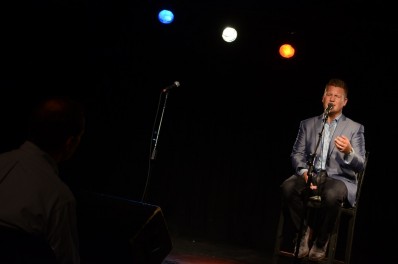 Producer, Ricky Free didn’t miss the special occasion. “I was honored when Joseph approached me about producing this record,” Free stated. “We have been friends for years. I know what kind of singer he is and what kind of writer he is, so I knew I wanted to be part of it. I was honored that he even asked me.”

Just before the night came to a close, Habedank shared what he says is his most personal and vulnerable song he’s ever written. Following his mother’s advice of being a ‘good steward of his story’, Joseph transparently shared details of the dark valley he just walked through.

With grace and humility, Habedank revealed the reason he shared his story. “I don’t want you to look up here and think that you’re looking at a guy who’s got it all together or a guy who has never messed up or a guy who has never fallen down. I am flawed. I am a broken man. But, because of the power of Jesus Christ, He has put me back together and has made me who I am today.” Composed, yet emotional, Joseph publicly praised his wife for her love and faithfulness and then said. “I can’t give you perfect, but I can give you real and that’s all I’ve got.” There was hardly a dry eye in the building as Joseph sang, “When The Lights Go Down.”

Guests were treated with a complimentary pre-release copy of the CD and were encouraged by Daywind’s Scott Godsey to spread the word about Joseph’s new music. WELCOME HOME releases July 22, 2014. For more information visit: josephabedank.com.