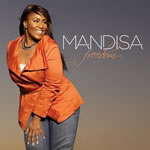 Mandisa Hundley has come a long way since her tenure on American Idol: Season 5. With her debut album True Beauty (2007) receiving a Grammy nomination, along with her several TV appearances and being recognized as one of the ‘Best New Artists of 2007’ her new album Freedom is sure to add to all of her success. Freedom showcases Mandisa’s powerhouse vocals while still maintaining a style that is all her own.

The album kicks off with the upbeat “My Deliverer”, which will be the first single released from the project. From there it goes into “How Much” a song that speaks of the measureless love of God. Not only is the love of God mentioned, but also His constant presence with us in “He is With You”. Mandisa incorporates several styles with “Definition of Me” and goes into some slower ballads with “Not Guilty”, “Victorious”, and “Broken Hallelujah”. “Freedom Song” and “Dance Dance Dance” will make you want to sing along with their fast beat and catchy lyrics. The album ends with a beautiful ballad entitled “You Wouldn’t Cry” that explains heaven from a loved one’s point of view.

Freedom has so many great songs that it is almost impossible to choose a favorite; but the wonderful thing is that the message is so true in each one. Not only are there fun songs, but also songs of encouragement (“My Deliverer”, “He is With You”, “Leave it in the Valley”, “You Wouldn’t Cry”); these are the messages that people need to hear to make life’s journey a little easier.

This album truly has something for everyone, young and old. Even for those who may not normally care for a more contemporary style of Christian music, they will find this album enjoyable due to its new, upbeat, and refreshing style as well as it’s spiritual message.