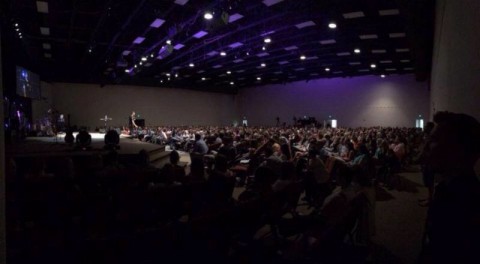 In 2013, Premier Productions added a Conference Division and launched the year with highly successful events in 2013 – Hillsong Conference in New York City and Los Angeles, MOTION Student conference in Birmingham and Jesus Culture in Los Angeles. Premier has expanded those events this year to include three Jesus Culture conference dates, MOTION, G12 Conference and others. In addition, Premier will be launching a 2015 women’s conference with the wives of Duck Commander from A&E’s popular “Duck Dynasty” show.

The Premier Festivals division is bringing top named artists to 12 family friendly events in amusement parks, beaches and universities across the nation and into Canada this year, while Premier Vacations and Events offers high seas adventures and land-based vacations with top named artists, authors and entertainers. These include The K-LOVE Cruise, Love Like You Mean It marriage cruise, Karen Kingsbury’s Beach Party and the Duck Commander Cruise, to name a few.

In its nearly 20 year tenure, Premier Productions has ushered in more than 12 million people to events of all kinds. This year alone, Premier is on pace to produce more than 300 concerts. With even more events on the horizon, Premier will be exclusively producing these tours in the fall: Kari Jobe, Lecrae, Hillsong Worship, Jesus Culture, Gaither Homecoming Tour, and the West Coast leg of the Winter Jam Tour Spectacular.