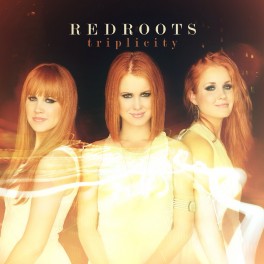 (Hendersonville, TN) – August 27, 2014
Red Hen Records is pleased to announce that Triplicity, the latest recording by Red Roots, had received a nomination for Country Album of the Year in the 45th Annual GMA Dove Awards.

Produced by father/son production team Rick and Micah Schweinsberg, the album’s first single reached the top 10 on the Singing News radio chart, and the second single continues to climb. Triplicity was featured as a New and Noteworthy release on the iTunes’ Country page during release week and Red Roots has since appeared on several television networks and CCM festivals in promotion of the album.

At work on the production of their new video for the single “Great Big Yes,” Red Roots commented, “we are excited and still getting over the shock of being nominated for a Dove Award. Thanks to everyone who voted!”

The Dove Awards will be held on Tuesday, October 7, 2014, at Allen Arena on the campus of David Lipscomb University in Nashville, TN. The show will air across the world on the Trinity Broadcasting Network.

Red Roots features identical red-headed triplets, Nika, Nicole, and Natalie Taylor. With a stage persona as fiery as their blazing red locks, it’s no surprise Red Roots is enjoying tremendous success. Six radio singles off their first two albums have charted in the top 40 of the Singing News Magazine, with the first single “Seven Days” off Triplicity being their highest radio debut to date. Red Roots was named Favorite New Trio at the 2013 Singing News Fan Awards and was a featured contestant on the American Bible Challenge.

Red Hen Records is the country division of Daywind Music Group and home to great artists such as Michael Lee and Zach & Rodney. Red Hen is distributed to retail and all major digital outlets through New Day Christian Distributors.

If you are interested in booking Red Roots, please contact Red Roots Booking at: (228) 623-6752, RedRoots3@gmail.com, or TheRedRoots.com/Booking.