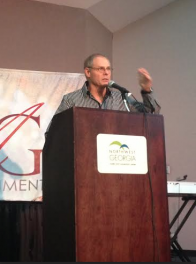 I have the best job in the world! I’m grateful for the platform Gospel Music Update and Southern Gospel Update affords me to share my experiences. I love being the “go-between” connecting artists and fans and I also love to inspire our readers to get out and experience Gospel Music For THEMSELVES!

Labor Day Weekend, 2014, I participated in Gerald Crabb’s Gospel Fest. My own group sang, but it was wonderful to just be there to experience everything from set-up ’til shut-down. If I had to choose one word to describe the spirit of the Gerald Crabb Gospel Fest, it would be “Servant-hood.” I’ve never experienced a Gospel Music Event where the 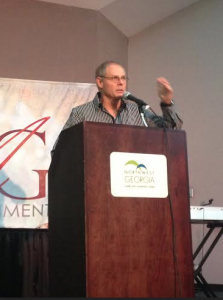 leadership went so far out of their way to make sure the participating artists felt supported and the crowd felt so appreciated. Gerald and Debi Crabb were there on set-up day literally helping artists carry in product and they also stood by the doors greeting as many people as they could as folks filed in for nightly concerts. It blessed me to see them sit in the crowd during the regional showcases applauding, cheering, high-fiving, hugging and worshiping with the participants.

There were other things that impressed me too- one being the chapel services. Chapel was well attended and the music set the tone for Gerald Crabb to deliver encouraging messages- especially to the artists. He spoke on, “Little is Much When God Is In It, “In Due Season,” “Storming The Gates,” and “Jesus Is Lord.” The messages were strong enough to stand alone, but with one message built on top of the other- the daily encouragement turned out to be a powerful sermon series to encourage ministries!

Another highlight- YOUNG PEOPLE! It’s no secret, Southern Gospel is aging- so it’s refreshing to see young people singing Southern Gospel and songs of the church. It thrilled me to hear a young lady sing “Four Days Late” well enough to make Karen Peck proud. I also got teary to see a teenage boy play and sing “It Is Well!” Also, there were many young and talented participants in the talent contest. That excites me.

The audience proved themselves to be a Crabb lovin’, music lovin’ and FUN lovin’ bunch! The sometimes rowdy crowd stood to their feet many times during the nightly concerts with good reason. True to their Crabb reputations, Jason, Terah and Adam sang with 200% heart and soul during their performances dishing out more than enough to give the crowd something to stand up about! Everyone loved Gerald and Jason singing together their Crabb Family hits and the crowd also loved the Crabb trio of Adam, Gerald and Terah. It was electric. 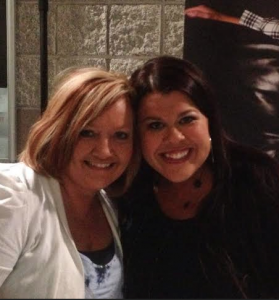 debuted their new singles with great reception! The crowd was also enthusiastic and received well the Easters, Josh and Ashley Franks, Weston and Christy Hinson and the Freemans as they sang old classics and new hits. I’m not really sure who had the most fun, those in the audience or those on stage. Incredible!

The songwriting class was a hit too! How could it not be? Gerald is still on a roll cranking out great songs after all these years- including a recent Gaither Vocal Band cut on their latest album. He shared his ideas and answered many 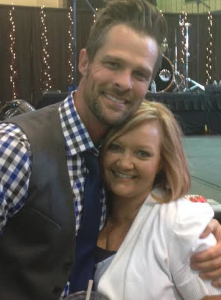 questions to a packed conference room of eager-to-learn songwriters.

My hands-down favorite part of the entire event was… During a regional showcase, an artist sang one of Gerald’s songs. Afterwards, he came on stage all choked up struggling to keep his composure as he told the heart-breaking experience he lived that eventually became verse 2 of the song. He then asked the artist to sing it again. She barely could for crying herself. The sweetest spirit swept through the convention center and a lady received Christ. Boom! Now that is what it’s all about. God can do His work when “we” get out of His way. Gerald’s prayer of “God, crush every ego here and hide us all behind the cross,” made room for the Holy Spirit to do His work.

The feedback from the first Gerald Crabb Gospel Fest has been overwhelmingly positive and plans are already underway for next year. STAY TUNED. This is one Gospel Music Festival that is destined to grow and get even better. Why? Alisa Asbury and Gerald Crabb are two of the hardest working people I’ve ever seen. Add a genuine love for people, music and God to the hard work and that has to equal success. The most successful ministry accomplishments are those made with a spirit of servant-hood. And in my opinion, that’s what Gerald Crabb Gospel Fest is all about. The proof was in overhearing so many goodbyes after the Sunday Morning prayer breakfast. There is no doubt, the people that participated felt loved and appreciated and they’re planning to come back.

Now I’m off to enjoy Loretta Lynn’s Gospel Music Festival. Yes, I do have the best job in the world!