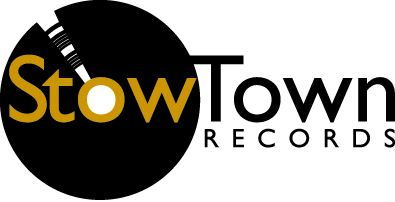 October 1, 2014 (Nashville, TN) StowTown Records made it’s presence felt in a big way this past week at the 2014 National Quartet Convention, held for the first time at the LeConte Center in Pigeon Forge, TN. The week was highlighted during the annual Singing News Fan Awards Thursday afternoon when five members of the StowTown family were honored as fan-favorites for the year. The Collingsworth Family added to their long list of accomplishments by being named Favorite Mixed Group, while Kim Collingsworth was honored once again as Favorite Musician.
Meanwhile, Libbi Stuffle of The Perrys was voted Favorite Alto Singer, Triumphant was named Favorite Traditional Quartet for yet another year and Triumphant’s Eric Bennett was again named Favorite Bass Singer.

“We are so proud. All of our artists work so hard throughout the year,” said StowTown Records co-founder Wayne Haun. “To take a moment and celebrate their efforts and ministries is an honor.”
Earlier in the week, all StowTown artists made individual appearances on the Solid Gospel Network who conducted interviews and played all of the current singles
StowTown had a special celebration for Kim Collingsworth on Tuesday, September 23, when her brand new DVD and CD project, Majestic, was officially released to the public.
The project, which was recorded in Spartanburg, SC, includes three grand pianos, many friends and family, and the arrangements of three of the top producers in gospel music: Haun, Lari Goss and David Clydesdale.

Later in the week, StowTown artists Doug Anderson, Devin McGlamery, The Taylors and Wayne Haun visited with Cedar Springs Christian Store in nearby Knoxville where they met with the owners and staff. “Our staff really loved getting to meet the artists on the StowTown label,” said Cedar Springs owner Vicki Geist. “The employees have been talking about how nice they were and I know that it will help our staff talk to our customers about the CDs we are carrying. It really meant a lot that they took time out of their busy schedule to come see us.”

ABOUT STOWTOWN RECORDS:
Founded in 2011 and expanded in 2014, StowTown Records reflects the musical vision of Ernie Haase and Wayne Haun, in partnership with Landon Beene and Nate Goble. The independent label is the creative home for top artists including Ernie Haase & Signature Sound, The Perrys, The Collingsworth Family, Beyond the Ashes, Doug Anderson, Devin McGlamery, Wayne Haun, The Taylors, The Browns, Triumphant, TaRanda Greene, The Erwins and selected classic music from The Cathedrals, their legendary bass singer, George Younce, and The Cathedrals Family Reunion. Distributed worldwide through Provident/Sony Distribution, StowTown Records has quickly garnered industry attention with multiple GMA Dove Awards and chart-topping releases from their highly respected artist roster.