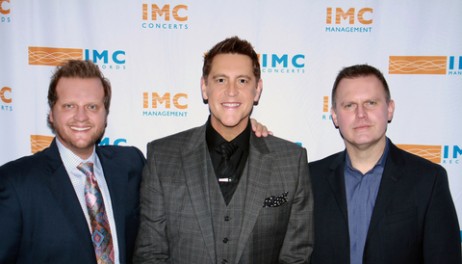 NASHVILLE, TN (June 16, 2014) – A strategic partnership has been announced between StowTown Records and IMC Management. The new and reimagined StowTown Records will launch an even more effective platform for their artists, and will harness the power of IMC management and concert event companies to serve the needs of StowTown Records’ award-winning roster. StowTown Records founders Ernie Haase and Wayne Haun will team with IMC’s Landon Beene and Nate Goble as equal partners in the new company.

Landon Beene believes the possibilities are endless. “We have worked diligently over the last several years at IMC to build an engine for promotion—of not only events, but also the development of the artist within our brand. StowTown Records has been growing rapidly at the same time, with a strong catalog of great music and retail presence via Provident/Sony in the Christian music marketplace. Our goal is to create a new innovative way of marketing the best music in the world!”

Haase and Haun have been exploring options for innovation, and they are confident that the expanded StowTown label is one more key component in bringing those dreams to life. Haun is excited about the possibilities. “Ernie and I believe that this new partnership will encourage the growth of gospel music because it’s a fresh approach to artist development, marketing, concert promotion, and a strong presence in retail. We believe that StowTown Records can offer the best of all worlds to our artists, so they can focus on what God has called them to do.”

The inaugural release under the new StowTown Records partnership is the highly anticipated “An Evening of Gospel Music with Dr. Charles Stanley & Friends” DVD recorded live at First Baptist Church in Atlanta, Georgia, featuring performances by The Booth Brothers, The Collingsworth Family, Greater Vision, Taranda Greene, and The Triumphant Quartet. Followed on June 10, 2014, The Taylors—the Singing News 2013 Favorite New Mixed Group of the Year—released their debut CD, “Measure of Grace,” through the StowTown label, with worldwide distribution through Provident/Sony Distribution.

Founded in 2011 and expanded in 2014, StowTown Records reflects the musical vision of Ernie Haase and Wayne Haun, in partnership with Landon Beene and Nate Goble. The independent label is the creative home for top artists including Ernie Haase & Signature Sound, The Perrys, The Collingsworth Family, Beyond the Ashes, Doug Anderson, Devin McGlamery, The Taylors, The Browns, and selected classic music from The Cathedrals, their legendary bass singer, George Younce, and The Cathedral Family Reunion.
Distributed worldwide through Provident/Sony Distribution, StowTown Records has quickly garnered industry attention with multiple GMA Dove Awards and chart-topping releases from their highly respected artist roster. For more information, visit www.StowTownRecords.com.