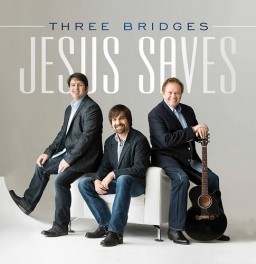 Nashville, TN (October 3, 2014) Three Bridges was recently invited to sing at a large business convention being held in Ottawa, Ontario, Canada. Even though it was a business convention the group sang their Gospel music and it touched many that attended.

There were over a thousand in attendance and approximately 400 received Christ through the message in song.

Elliott McCoy stated “We had a great weekend at a business convention in Canada. Several hundred prayed to receive Jesus Christ! God shows up wherever you make yourself available to minister. This was a very successful trip for the Kingdom of the Lord.”

Three Bridges has been busier than ever in recent weeks. They traveled to Texas recently to the Daystar Network to tape a program set for future airing. It was taped for the Gospel Music Showcase. The group also just departed recently to begin a west coast tour. The states they will be singing include Iowa, Nebraska, North Dakota, Montana, Washington, Oregon, Nevada and California.

The group recently conducted a video interview with CEO of AbsolutelyGospel.com to talk about their latest project and their west coast tour.

Three Bridges is proud to present their latest album entitled, “Jesus Saves”. This is Three Bridges’ 4th project with The Mansion Records and is being distributed by Sony Music Entertainment’s RED – An Artist Development Company – scheduled to be released late summer 2014. Pre-Order your copy of “Jesus Saves” today!

To book Three Bridges for your church, concert or event contact the Beckie Simmons Agency at http://www.bsaworld.com or E-mail at beckie@bsaworld.com . You can call BSA at 615-595-7500 .