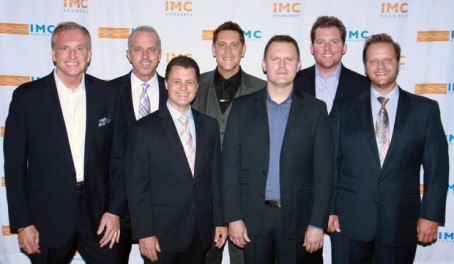 June 30, 2014 (Nashville, TN) – StowTown Records is proud to announce the signing of GRAMMY-nominated and multi-award winning gospel quartet, Triumphant.
The GMA/Dove-nominated powerhouse group is set for its premier release with StowTown in March 2015. Triumphant will once again partner with producer and StowTown co-founder Wayne Haun on the project.

“I cannot wait to get back in the studio with these guys. They are so talented, and working with them is always a pleasure,” said Haun. “They are genuine and downright fun. We make a great team.”
Classic, award-winning singles like “Every Day,” “Love Came Calling,” “Almost Home,” “Saved By Grace,” “When The Trumpet Sounds,” and many more familiar songs help fill the group’s seemingly unending list of standout hits. The longstanding fan-favorite quartet, based in Pigeon Forge, TN, consists of lead vocalist Clayton Inman, his son and baritone Scotty Inman, bass Eric Bennett, and tenor David Sutton.

“Triumphant has had the opportunity of working with Wayne Haun and Landon Beene over the past several years. We have been friends with (StowTown co-founder) Ernie Haase throughout his career,” added Sutton.”We are so excited to join the incredible team that God has put together at StowTown Records. We look forward to being able to create wonderful music together that will touch audiences all across the country. We can’t wait to see what God has in store.”

ABOUT STOWTOWN RECORDS:
Founded in 2011 and expanded in 2014, StowTown Records reflects the musical vision of Ernie Haase and Wayne Haun, in partnership with Landon Beene and Nate Goble. The independent label is the creative home for top artists including Ernie Haase & Signature Sound, The Perrys, The Collingsworth Family, Beyond the Ashes, Doug Anderson, Devin McGlamery, Wayne Haun, The Taylors, The Browns, Triumphant and selected classic music from The Cathedrals, their legendary bass singer, George Younce, and The Cathedrals Family Reunion. Distributed worldwide through Provident/Sony Distribution, StowTown Records has quickly garnered industry attention with multiple GMA Dove Awards and chart-topping releases from their highly respected artist roster.
For more information, visit www.StowTownRecords.com.