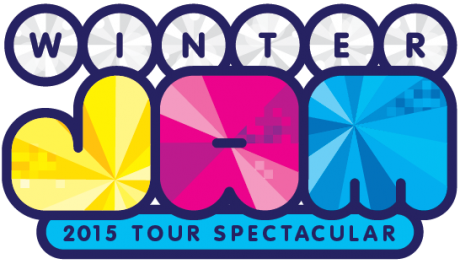 “I was inspired by this trip, by experiencing what others are doing outside of our own tours…to see the Church operating cooperatively, and collectively achieving something together with one goal in mind—to share the Name of Jesus with all who would hear,” said Hillsong UNITED’s Matt Crocker of Winter Jam West. “It was a short trip, but one with long lasting memories. I came home with a great sense of pride in the global Church. Knowing that together we can accomplish so much more, and that there is so much more to do. And that we need to do it together.”

The Winter Jam 2015 Tour Spectacular kicks-off January 2 in Charleston, West Virginia. The tour will hit 47 cities through March, featuring headliners Skillet, along with Jeremy Camp, Francesca Battistelli, Building 429, for King & Country, NewSong, Family Force 5 and evangelist Tony Nolan. The Pre-Jam Party will include Blanca, About A Mile and VERIDIA.

Founded by NewSong, Winter Jam exploded from a single show in 1995 to one of the music industry’s biggest tours today. For four consecutive years, Winter Jam has ranked as Pollstar’s #1 tour in the world for the first quarter, based on ticket sales. Through the years, the groundbreaking tour has welcomed such artists as TobyMac, Newsboys, Lecrae, Steven Curtis Chapman, Passion, Third Day, Kari Jobe, Matthew West, Tenth Avenue North, and RED, among many others, introducing Christian music to new audiences across the country while providing a powerful platform for the Gospel message.